Skip to content
Posted on April 1, 2020 by Justin Hughes

I wish this post was an April Fool’s joke. Unfortunately, I must confirm that it is, indeed, quite real.

Last Saturday started so well. The van was coming along nicely. Temperatures were hitting the 50s regularly. The foot of snow we got just days before had already melted completely. It was time to bring the bike home.

Breathing life back into it was so easy. I’ve had its battery on a charger all winter, so I brought it and some tools to my storage unit and reinstalled it. I turned on the fuel, gave it full choke, and cranked the starter. After gas had refilled the carburetor and lines, it fired right up. I took a few laps around the parking lot, just to feel it out, make sure the brakes and everything still worked well. There might have even been a celebration wheelie. I put my new license plate on, and I was ready to take it home. 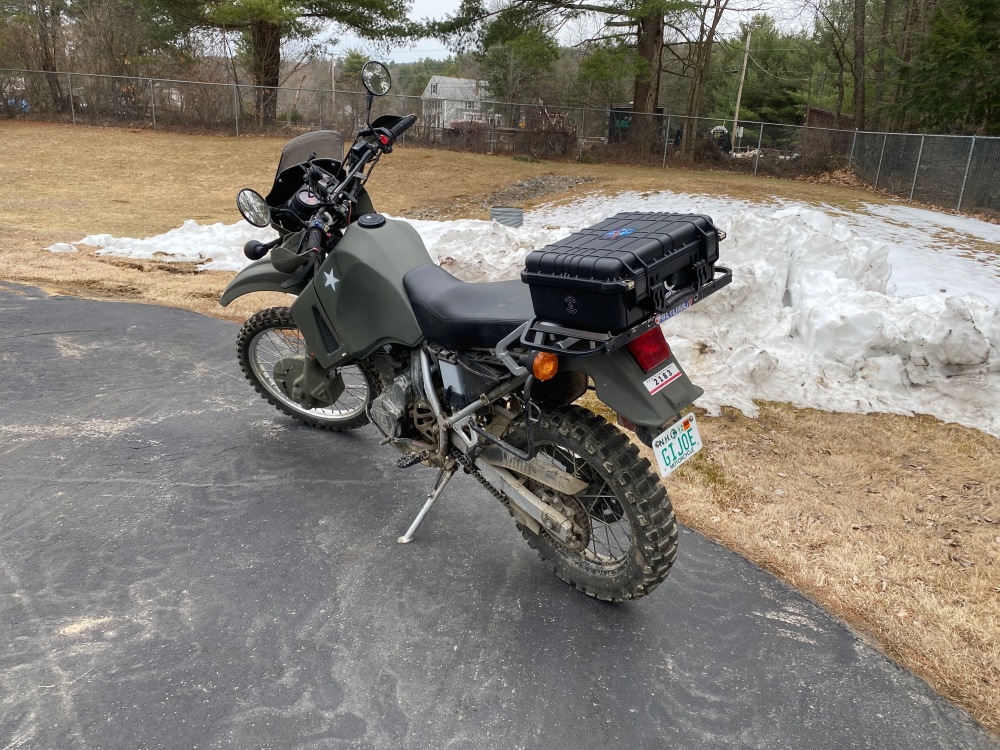 Then it all went horribly wrong.

I spelled it out in a Weekend WTF piece for RideApart, but basically… The automatic sensor for the gate didn’t detect my bike. It’s the same problem we face at many red lights, except with a chain link fence in the way there’s no way I can just check for traffic and run it. I ended up climbing the fence to get out. My plan was to punch my code into the keypad on the outside to open the gate, then go back in and get the bike. I had to jump down about three feet or so from the gate to the ground.

In gaming terms, I rolled a 1 on the landing and took a somewhat severe percentile role. In other words, I broke my foot — my heel bone, to be exact. I ended up at the LAST place I want to be with the COVID-19 spreading around, the emergency room. I was in and out quickly with minimal exposure, and an x-ray confirmed the break.

So I’m in a cast. I can’t walk. I can’t ride. I can’t even drive my Subaru WRX with its manual transmission that requires both feet. I can drive my van, which is something, at least, or I’d have no way to get to my orthopedist appointments. I won’t be continuing the camper van build, though, until I’m back on my feet. Basically, all of the projects I was doing to keep myself sane, I can’t do anymore.

I’m still able to work from home, which is most fortunate. I was already set up for it, so I’ll just keep doing what I’m doing. I’ll have no lack of income, or health insurance, which just became extremely important to me. I’m figuring out some new projects to do, maybe some writing, maybe some video games since I can’t go anywhere for multiple reasons now. Friends and family are taking care of me, which I very much appreciate. It’s a lousy situation, but I’m trying to make the most of it, and be thankful for what I have.