The world was captivated by live video of “Starman” orbiting the Earth in the driver’s seat of Elon Musk’s Tesla Roadster. He had one hand on the steering wheel and the other arm casually leaning on the door, just like I did in my Miatas so many times. Well, not exactly. I’ve never orbited the Earth while doing it.

And here’s the real reason why the successful first launch of the SpaceX Falcon Heavy rocket is a big deal. Yes, it’s a great technological achievement and the most powerful rocket we have aside from the mighty Saturn V itself. But more than that, it’s getting people interested in space again.

There is absolutely no technological reason why the Falcon Heavy couldn’t have launched a standard dummy payload, just like every other test flight. But by launching a freaking car into space, complete with Starman behind the wheel and a Douglas Adams inspired “DON’T PANIC” in large friendly letters on the dashboard, Elon Musk brought a sense of whimsy to the occasion. It wasn’t just about “will the rocket work,” though even Musk himself gave it 50/50 odds the Falcon Heavy would explode on the launch pad on this first attempt. It was about whether his car would make it into space. And amazingly, it did, and it returned some astounding shots the likes of which I never thought I’d see outside of science fiction. 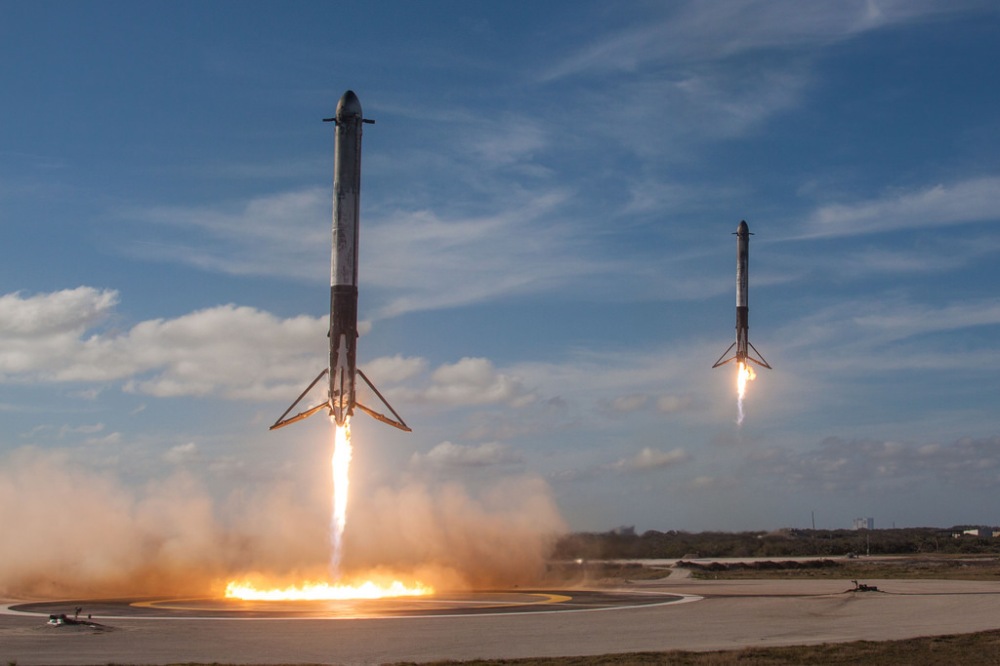 And the synchronized landings of the side boosters looked straight out of a video game or sci-fi movie. Even now it’s hard to believe this actually happened in real life. So what if the center core missed the drone ship and was lost? This is amazing.

For that matter, who cares if the final stage 2 burn was too long, and Starman is now driving to the asteroids instead of the intended target of Mars? They launched a freaking car into space. How many shadetree mechanics like me have dreamed of launching their misbehaving project car into space? We now know that’s not only possible, it’s been done.

You’d certainly never see NASA launching a car into space. And it shows in how little interest there has been in space in recent history until now. I think the last time people were talking about space this much was when Space Shuttle Columbia broke up on re-entry in 2003. Not only is this SpaceX launch exciting, it’s a very positive thing, not tragic like Columbia.

Launching a car into space gives people something they can relate to, even non-enthusiasts. It’s also a first. Satellites? People? Landing them on the moon? Been there, done that. The public yawns. But a freaking car. That’s groundbreaking, even if not a technological breakthrough. It captures the imagination. It gets people interested in space again. And as a lifelong space nut myself, I love this.